I still remember watching the first point break. I must’ve been 13 and was staying in Melbourne, not too far from the scene of the “50 year storm”. It was about the time I got right into surfing so I was buzzing. If you haven’t seen the original, Johnny Utah AKA Keanu Reeves is an FBI agent who infiltrates a group of Californian surfers he suspects of robbing banks. In the new one, Utah, played by Home and Away’s Luke Bracey goes undercover in a team of extreme sports athletes who take it to the man with corporate heists. I loved the cheesy quotes in the original movie and there’s sure to be more than a few great ones in the sequel. I’m especially looking forward to the Teahupoo session with Matahi Drollet, and Laurie Towner (who could have died on set).

The film drops on Christmas Day. 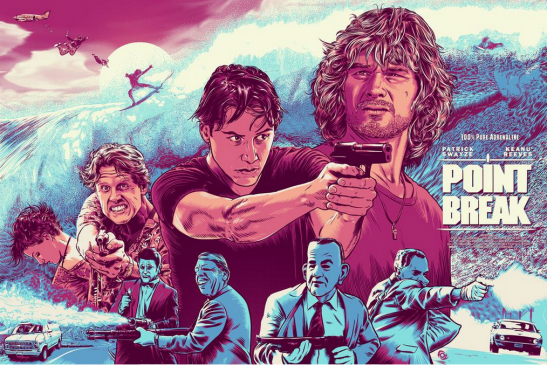